PowerPoint Slides
Add to Your Calendar 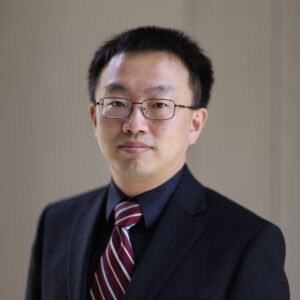 Mo’s research is well recognized and regarded by major federal funding agencies. His research program has been supported with more than $5M from NIH, NSF, CDC, and various other research foundations and agencies. As a true scientist-practitioner, Mo is also committed to providing students, workers, employers, and policy makers with evidence-based knowledge. His work has been reported extensively by the popular media, such as NPR, BBC, Associated Press, WSJ, NYTimes, HBR, and the Washington Post. In 2015, he conducted a Congressional Debriefing on retirement for U.S. Congress. He also served as an invited speaker for White House Social and Behavioral Sciences Team twice, giving talks on retirement (2015) and older worker job search (2016).

Mo is an elected Foreign Member of Academia Europaea (M.A.E) and a Fellow of AOM, APA, APS, and SIOP. He was the Editor of The Oxford Handbook of Retirement and an Associate Editor for Journal of Applied Psychology (2010-2020) and currently serves as the Editor-in-Chief for Work, Aging and Retirement. He was the President of Society for Occupational Health Psychology (2014-2015) and the Director for the Science of Organizations Program at National Science Foundation (2014-2016). He currently serves the Presidential Track for Society for Industrial-Organizational Psychology (2021-2024).

An important task of meta-analysis is to observe, quantify, and explain the heterogeneity across the reported effect sizes of primary studies. A primary issue that challenges this task is the myriad of subtle factors that could have contributed to the observed heterogeneity. We leveraged the recent advances in theoretical machine learning to develop a novel latent mixture-based method for disentangling effect-size heterogeneity in meta-analysis. Mathematical analysis and simulation studies were carried out to demonstrate that, when the observed heterogeneity stems from more than 1 factor, our method can attain a substantially higher statistical power than the traditional methods for moderator analysis without requiring researchers to make judgment calls on which factors to consider or correct for in analyzing the observed heterogeneity. We also conducted a case study with real-world data to show how our method may be used to address long-standing inconsistencies in the literature.